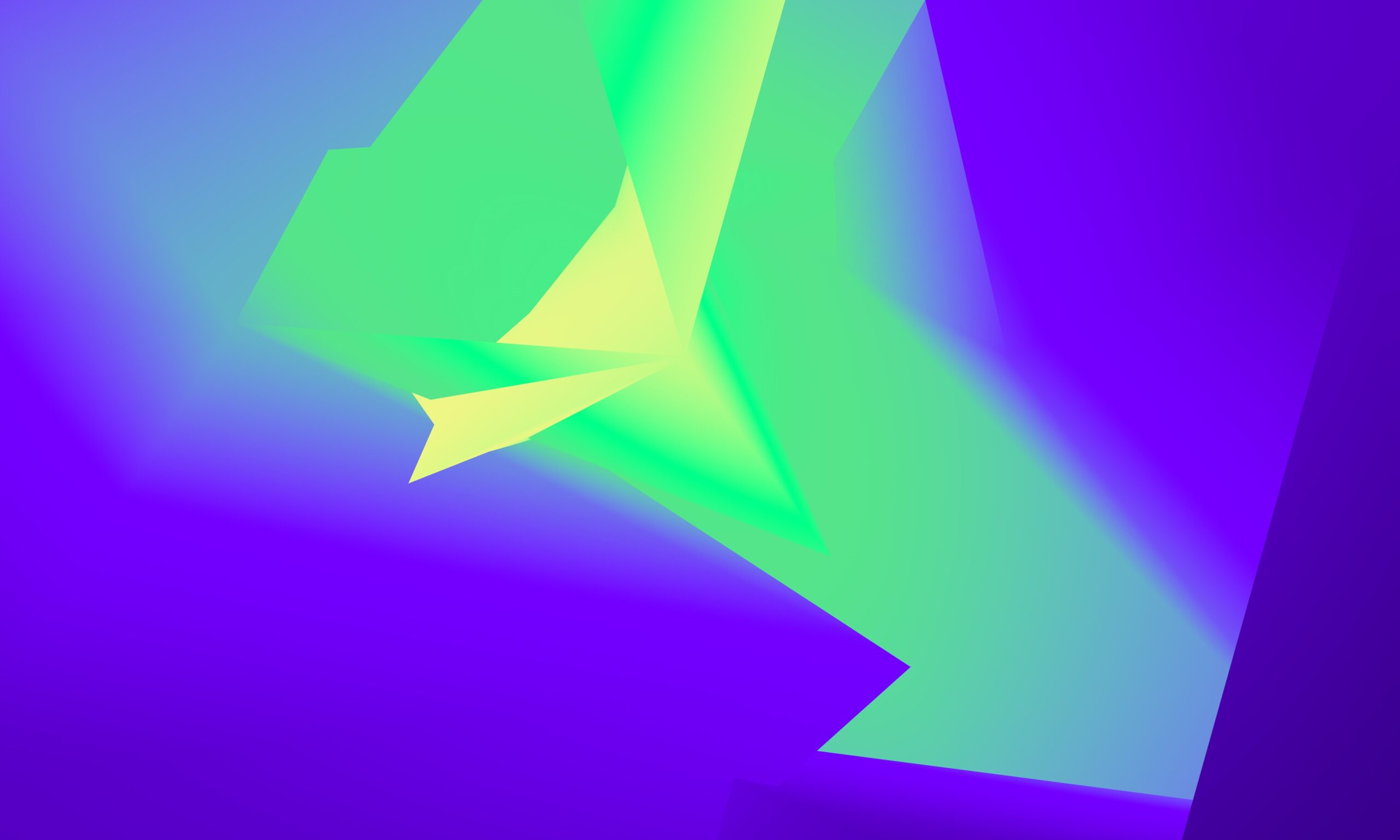 The Rise of NFTs and Why They Matter.

Home » The Rise of NFTs and Why They Matter.

NFTs, short for Non-Fungible Tokens, have quickly entered mainstream discourse across artists, crypto-tech lovers and laypeople wondering how on earth a Lindsay Lohan single with an NFT attached sold for $85,000. So what are they? Why can they cost so much? What can they mean for the future of the internet, creators and the environment?

NFTs, in their essence, are a key to exclusivity and verifiability. So what does this mean? To explain let’s revert back to physical media such as vinyl records from bands of the 60’s. The most sought-after editions will be original pressings or maybe even one that has an artist signature on it. Imagine you and your friend go to a record store one day. You both buy the same album, but it turns out that the artist was there ready to sign their signature onto your friends’ copy of the LP! Guess whose records are suddenly worth more? Obviously, your friend’s because even if the record itself sounds exactly the same, there’s a stamp directly onto it that gives off a sense of exclusivity and uniqueness.

NFTs act on a similar principle. On the internet, everything is massively reproducible, and therefore authorship is often called into question. It seems that it has lacked a mechanism by which our 60s band could place their seal of authenticity on a file. An image, a song, or a video could have been shared so many millions of times that tracing it back to its source becomes practically impossible. Unlike physical media, which can physically change over the course of its life, files cannot. They are always perfect copies and infinitely reproducible, and therefore differentiating between them is impossible. What NFTs do to solve this problem is they attach a digital signature that makes whichever file irrefutably unique (non-fungible means an asset is one-of-a-kind that cannot be readily transferred for another good, unlike a dollar bill which can be transferred for four quarters and still have the same value). Think of an NFT as a deed of sale that is not backed by a governmental body, but rather by “blockchain” – a key technology cryptocurrencies use to work.

Blockchain is the key technology for the operation of NFTs. Think of it as a long chain of complex cryptographic codes. These get sent from computer to computer, with each computer keeping track of where the codes have passed between. The verification between a network of computers maintains a failsafe way of ensuring authentic ownership of the piece of code – which is the NFT. As the NFT is sent around, the transaction records of each chain in a block are stored in a database known as a Merkle tree. This technology ensures that past records are verifiable and easily retrieved. Fraud on such a system isn’t possible, since the blockchain is maintained across a huge, diverse computer system. Simply hacking one computer and taking an NFT is impossible, since all other computers involved in the huge blockchain can authenticate which user actually holds the given piece of code. Though blockchain was originally intended to be used with fungible assets (assets that can be traded for something else that is equal in valuable), it has now entered a stage where it can be used to store the codes of provably unique NFTs. The specific blockchain, for any of you real crypto-lovers reading, is the Ethereum blockchain ERC-721.

So, NFTs help us create something unique and authentic on the internet. They are a new technology that enable one-of-a-kind artifacts on the internet – a medium that has been characterized by perfect reproduction of files that appeared the same no matter who replicated and reviewed them. A file might look and sound and smell like the same file that you shared in your close friends’ group chat, but if it doesn’t have the unique blockchain signature, then your file is just one of the many, and the NFT is the elite inimitable version.

So you might be wondering: I get that they’re unique, that NFTs have a bunch of super-complex cryptography technology behind them, but why do can they cost so much? What does a person get out of having a certain clip of Lebron James dunking that has a special code behind it? Why would they spend $400,000 on that? Yes there’s some kind of crypto-signature, but it’s the same thing as the video I can see on Youtube, surely? Ultimately, the prices of NFTs (and the prices of many things, actually) are speculative. The value of any given NFT is whatever somebody is willing to pay for it. Jack Dorsey, Twitter’s CEO, created an NFT of his first tweet that sold for $2.9million!  A tweet costing a fortune! How can it be? Why would it be?

A certain analogy might make this clearer. In Paris of 1910, Avant-Garde art was all the rage. Paintings had become increasingly abstract, clear form had been thrown from the window, and art was essentially whatever the culture might make of it; a random blend of colors could be deemed a masterpiece! So, at one auction of avant-garde art, another modern, abstract painting went up to be sold. It was entitled Sunset Over the Adriatic, by a certain Joachim-Raphaël Boronali, and it displayed a mishmash of general dusky colors, vaguely resembling a sunset, perhaps indicative of the Adriatic Sea. Naturally, the painting garnered attention among the critics’ circles at the auction, and it ended up selling for about 400 Francs (near $3,000 today). After the auction, however, it was unveiled that Joachim-Raphaël Boronali was not a real person; rather, he was a donkey. You see, a Mr. Roland Dorgelès had been rather upset with the direction of art, and in an act of rebellion against its current state, had decided to show how silly the critics were being. To dupe them, he had propped a canvas, and then tied a paintbrush to his donkey’s tail. After waving fruit in front of the donkey’s face, the donkey swished its paintbrush-tail around, decorating the canvas with a medley of assorted colors, and the canvas that then went on to sell well at auction. The point of this analogy is to illuminate that, for centuries, humans have been attaching huge values to things that might not, in and of themselves, have huge value. The things might have been even made by a donkey!

This is not to say all NFTs are as worthless as a painting by animal – not by any means. NFTs, as has been stated, have provided a means to prove that people have a special copy of something on the internet. This new technology is a huge enabler of artists, who, in the last 20 years, have been forced to move their media onto the internet in hopes of promoting themselves. NFTs have become a means for artists to create unique versions of their art that their fans will increase bidding for, in order to  own an artwork that has a direct stamp of authenticity endorsed by the artist. It’s the closest thing to a printed signature that the internet can provide. It also bolsters artists financially. They can make large lump-sum amounts from NFTs as well as from their mass-distributed art on the internet. NFTs too help buyers feel that they are getting the legitimate art from the creator, not some knock-off copy that anyone could acquire. Furthermore, and fascinatingly, artists can also employ royalties with NFTs – anytime the NFT would transfer hands between subsequent buyers, the artist would continue to get a cut. This mechanism would serve to empower artists to keep creating independently. The more avenues from which creators can get their own money, without the requirement of a middleman or an agent, means more economic incentive to keep creating their own art. It enables a direct connection with buyers, and more money being directly funnelled to the creator, which in turn creates more opportunity for creation! So while we may gawk at somebody paying a house-worth for a clip of Lebron James, or $85,000 for Lindsay Lohan singing, these big-spenders are spearheading a new pathway by which artists can establish themselves in discourse and in their own financial registers. Such economic empowerment will only operate to bolster an artist’s sense of freedom and output. NFTs can move creative power from corporations back to the creator. Anywhere there is passionate devotion to a artists or a brand comes the possibility to encourage deeper connection between consumers and creators.

One concern, however, with NFTs are their immense environmental impact. Using the same blockchain technology as cryptocurrencies means using the same amounts of huge energy that are required to fuel the blockchain. Stunningly, each NFT transaction on the ERC-721 blockchain uses as much energy as one American household in two days. If NFTs grow in their scope and usage, the energy usage is inevitably going to (or already has) hit an unsustainable amount of energy use. This might make us worry that such a fad might be rather short-lived. Encouragingly though, blockchain technologies are attempting to move towards more eco-friendly models. Ethereum is attempting to move towards a less energy intensive design, hoping to drastically reduce its large consumption. New emerging crypto-technologies like Cardano have started from the offset to be minimally energy intensive, and Cardano has even introduced a more eco-friendly NFT platfrom called Cardano Kidz. Currently, Cardano is four million percent less energy intensive than Bitcoin (were Bitcoin a country, it would rank 28th in terms of energy consumption.) So there is hope for the future of NFTs, but also a necessity to adapt to the needs for more environmentally friendly technologies as we push further into the 21st century.

Right now, we are in the budding spring of NFTs. They’ve quickly proven that they can be lucrative and they create authenticity on the internet, a quality that could serve artists and businesses for decades to become. They will create new markets and new possibilities for art. We can only hope that, with their current rate of energy consumption, they will be able to adapt to our environmental needs, so that such a promising new technology can continue to bloom in fascinating new ways.